skip to main | skip to sidebar

Hans Reiter, birth name of Benno von Archimboldi, the mysterious Prussian writer who haunts Bolaño's magnum opus 2666, shares his name with Dr Hans Conrad Julius Reiter, a German physician convicted at Nuremberg for typhoid experiments at Buchenwald that killed 250 Jewish prisoners. That Bolaño named the precocious young hero of 2666, fond of diving and botany, after such a diabolical villain seems like a cruel joke.

Another Hans Reiter, an Untersturmführer in the Waffen SS, received the King's Cross of the Iron Cross, a Third Reich commendation for extreme bravery in battle. This Reiter seems to have more in common with the Hans Reiter of 2666, though the fictional Reiter serves in the 79th Light Infantry Division, a part of the regular Heer (Army) forces operating under the command of the Wehrmacht, and not in the Waffen-SS.

German atrocities against civilians, particularly on the Eastern Front, were committed by both the Wehrmacht and the Waffen-SS, and the supreme commander of the Wehrmacht was Adolf Hitler, but along the continuum of evil, the 79th Infantry Division falls farther from the paragon of the diabolical than the 3rd "Death's Head" and 10th Panzer Divisions.

In fact, Leo Sammer, the work camp administrator, bears a more striking resemblance to Dr Hans Conrad Julius Reiter than does the future Benno von Archimboldi. His murder, by strangulation, while modulated with extreme ambivalence by the many strangled girls of Santa Teresa, is presented if anything as a just act, a righteous kill.

Sammer, unlike Dr Hans Conrad Julius Reiter, who by all appearances was a gleeful and unrepentant participant in the Third Reich's program of mass murder, is a picture perfect illustration of Hannah Arendt's "banality of evil." Sammer's lengthy confession may be the finest examination in literature of the human element in the commission of evil.

It bears remembering, however, that Arendt coined the term "banality of evil" in her reporting on the trial of Adolf Eichmann for the New Yorker. If Eichmann's actions, in Arendt's judgement, were banal, what possible atrocity could fall outside the compass of banality?

Bolaño's treatment of World War Two in 2666, at once minutely researched and freely fictional, is deeply indebted to Arendt's controversial thinking. Her "banality of evil" created its controversy because it stripped the collective post-war ordering of events of its villains, replacing them with complex nodes of ambiguity often worthy of simpathy. In the creation of a common narrative to explain the deepest fathoms of human depravity, Nazis formed the perfect archetype, an archetype reminted with considerable deflation two decades later in the pop-schmaltz of Steven Spielberg.

Arendt's appraisal of Adolf Eichmann deprives the world of this archetype. Eichmann, while ultimately culpable of unforgivable crimes, was, in Arendt's judgement, an ordinary man, like Leo Sammer (and perhaps like Dr Hans Conrad Julius Reiter) who through a succession of decisions and societal pressures gradually came to engage in the cruelest extremes of sadism.

What are we to make of Bolaño's naming the one figure in 2666 most readily identifiable as a hero after a doctor at Buchenwald who performed fatal medical experiments on helpless prisoners and a Waffen-SS officer who participated in the annihilation of Eastern European civilization?

It seems a strange mirroring is occurring here. The fictional Reiter is named after both Dr Reiter and Untersturmführer Reiter, though he is distanced from their greater proximity to evil by being placed in the 79th Infantry, and to some degree avenges the crimes of the Holocaust by murdering Leo Sammer, a perfect totem of the "banality of evil," itself a phrase created to explain the actions of men like Dr Reiter and Untersturmführer Reiter, from whom Bolaño distances the future Archimboldi.

As much so as a figure from the stories of Borges, Bolaño's Reiter is a knot of simultaneity, ambiguity and contradiction. Like Arendt, Bolaño disrupts our habit of forming narratives, of reducing complexity to fable. What we have instead is poetry. Or realism.

[Next: Did the real Dr Hans Conrad Julius Reiter fake his death, change his name, and become a novelist in South America under the pseudonym JMG Arcimboldi, or have Bolaño fans hijacked wikipedia español?]
Posted by Boris Ansky at 8:02 PM 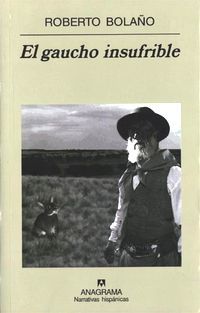 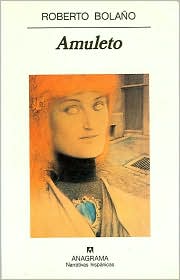 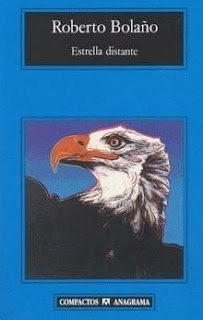 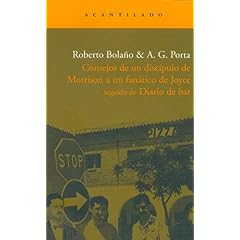